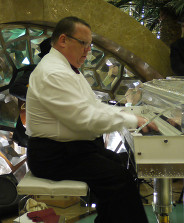 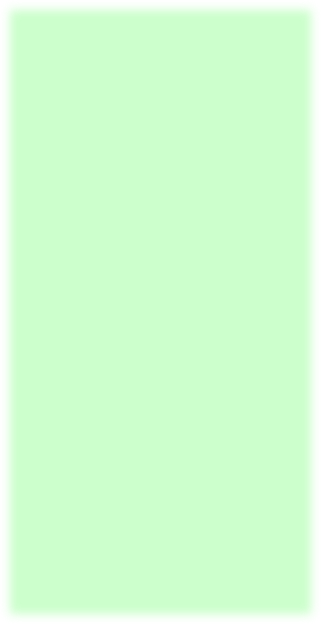 Ian studied Organ and Singing at St Albans Cathedral from the age of 6 years to 16, and during his time there participated in many TV and radio broadcasts and appears on most of the records produced by the Cathedral Choir. Including regularly recording for EMI at Abbey Road Studios from the age of 13.

In the late seventies, having left the Cathedral and School, and after a couple of the customary summer seasons as a keyboard player, he formed the highly successful keyboards, drums and vocal duo “KANDI”.  This format took him the length and breadth of the U.K. working with many of the big stars of the cabaret scene at the time.

Gradually he developed his own brand of humour and wit which proved to be most useful as he turned more towards comedy and cabaret.  Again this was hugely successful for Ian and he broadened his  horizons by  landing contracts to work abroad. All over Europe, the U.S.A. and a season in Bermuda.

On his return to the U.K. he decided to combine the comedy with his unique musical talent. This resulted in the birth of the now famous Duelling Pianos concept adopted by Rank Leisure's “Jumpin Jaks” chain and many independent theme bars around the country.

In 2005 Ian moved to Spain and quickly found a niche as a popular entertainer for Hotels, Restaurants and Private Parties. As of 2022 he juggles his time between Spain and U.K. performing in Piano Bars across Europe and cruising for Hutigruten and Fjord Line in Norway.

He also works as a Musical Director and is available to play keyboards in bands and performing with well known artists. See latest news for more details. 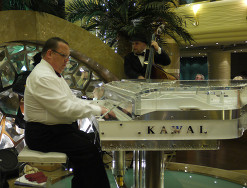